The Bible of management . Must know for all and must to practice

https://youtu.be/5LbCRx1UbWY
Posted by Dr Ashish Mahobia at 7:55 PM No comments:

Posted by Dr Ashish Mahobia at 10:51 AM No comments:

Steve Jobs planned every detail of his own memorial service, held at Stanford University in October 2011, including the brown box each attendee received as a farewell gift. One of those attendees was Mark Benioff, CEO of Salesforce.com, and two years later at a TechCrunch Disrupt conference he recounted his feelings at the moment when he opened the box: "This is going to be good," he recalled. "I knew that this was a decision [Steve] made, and whatever it was, it was the last thing he wanted us all to think about."
The box contained the book Autobiography of a Yogi by Paramahansa Yogananda. Benioff continued: "Yogananda...had this book on self-realization.... [Steve's] last message to us was that here is Yogananda's book.... Actualize yourself.
(Read more at the above link)
Posted by Dr Ashish Mahobia at 2:48 AM No comments:

Muslim Man Takes Care of Shiva Temple and Masjid together

As a classic example of propagating communal harmony, Mohammed Zahir works as a caretaker of Lord Shiva temple in Khandwa, Indore. August, being an holy month of Srawan for Hindus where they worship Lord Shiva in different traditions across the country. Zahir still shows equal enthusiasm serving for the temple as he would do for a Dargah. 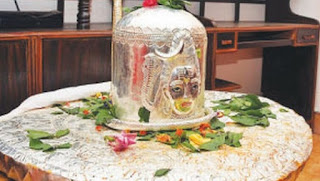 According to Dainik Bhaskar, he sweeps, decorates the Shiva Linga and sticks around from dawn to dusk in the temple premises for the past six years. The temple comes under the Archaeological Survey of India (ASI) and they employed him as the caretaker. The 40-year-old man finds the job as a privilege and has been happy to serve the temple.
The temple does not have a ‘pundit’ to conduct prayers or do rituals and he sometimes commits to help tourists by offering their prayers and performs ‘archana’ to the Shiva Linga. Interestingly, he also serves a Dargah which is just a stone’s throw away from the temple which also comes under ASI.
Zahir believes that his services to both the temple and Dargah will teach equality and harmony to his five children.

(Picture: Is symbolic)
Posted by Dr Ashish Mahobia at 2:38 AM No comments:

The cancer in your soul - Lyn McTaggart 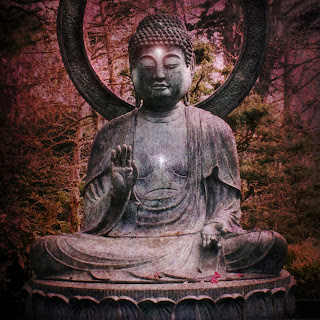 December 10th, 2010
As I prepare for our special cancer teleconference with the pioneering Dr Patrick Kingsley this Sunday, Ive been looking over the many things I have written about the disease. I have largely characterized it as a deficiency disease a slow-motion starving of vital nutrients resulting from the wholesale industrialization of food or disease of toxicity a poisoning from our chronic exposure to some 20,000 chemicals present in our air, food, water and homes.Clearly, these elements play an important supporting role. But perhaps not the leading one.Spontaneous disappearanceThey do not, for instance, explain spontaneous remission how a giant mass can be there one day and virtually melt away the next. A small body of research concerns terminal cancer patients who, with little or no medical intervention, end up beating the odds.Although medicine likes to pretend that these cases are rare, one in eight skin cancers spontaneously heals, as does nearly one in five genitourinary cancers.Virtually all types of illnesses, from those where organs have supposedly packed up, as in diabetes or Addisons disease, to those where a body part is supposedly irretrievably damaged, as in atherosclerosis, have healed on their own.Rather than calling these cases what they are the bodys ability to self-correct medicine refers to them as spontaneous remission, as though the illness has simply decided to go into hiding, but might still suddenly spring out at you again at any moment.We all marvel at cases of spontaneous remission because even the most enlightened among us subscribe to the body-as-machine paradigm. Under this model, what is broken stays broken, until a seasoned mechanic comes along with the right monkey wrench or spare part.Clearly, whats going on there is something more complex than eating your greens and throwing away your toxic cleaning products.The sheer volume of cases of spontaneous remission shows that self-repair and renewal is natural to the human body.
Losing the plotLately, Ive been sifting through these studies, looking for the common thread. What these cases collectively say about cancer is highly instructive. In case after case, they describe people up against a major roadblock in their lives: an unremitting stress; an unresolved trauma; a prolonged hostility; a marked isolation; a profound dissatisfaction; a quiet despair.They describe people who are boxed in a corner with no apparent way out, people who have lost not only the plot but also their role as the central protagonist of their own life drama. They are people who, in short, hurt deeply in their very souls.Those people who beat their cancer, whose survival remains unexplained, are those same individuals who find a way out of the corner. They get rid of the source of the psychological heartache: they divorce the abusive husband; they resolve the problem with their mother or daughter; they take full responsibility for their illness.But, most important of all, they find the lost meaning in their lives. Most cases of spontaneous remission seem to take place after the patient has made a major psychological shift to recreate a life that is engaging and purposeful. They play the piano or go trekking in Tibet, if thats what they always meant to do before they got derailed in their lives. They find a path back to their joie de vivre.
The power of thoughtsMost people, this would suggest, get ill because theyve lost all hope of life ever being good. And this suggests that they have cancer because of their thoughts the thoughts they think about themselves and their lives.For many years, Ive studied evidence of how profoundly and quickly the brain alters its function and even its physical structure from mindfulness meditation. Mindfulness meditation is more than just relaxation. It creates a profound change in your worldview: an acceptance of what is in the current moment without a judgemental overlay.The research on mindfulness suggests that our physicality is like Play-Doh, to be molded from our conscious thoughts. Form follows function. If the brain can be physically revised throughout life just by thinking better thoughts, so too can the rest of the body.Indeed, the dynamic plasticity of the body its ability to go from ill to well overnight demonstrates how deeply it is a maidservant of consciousness.Much has been written about the so-called cancer personality. For me, the real question is getting to the heart of the cancer in your soul.
-LynMcTaggart is the best selling author of The Intention Experiment and more
Posted by Dr Ashish Mahobia at 9:45 PM 1 comment:

Email ThisBlogThis!Share to TwitterShare to FacebookShare to Pinterest
Labels: Health/well being, inspiration

DAYA MATA – A glimse of her stature

Jai Guru !
To mail it to others and share it on social sites pls use the buttons at the bottom.
(click on picture to enlarge) 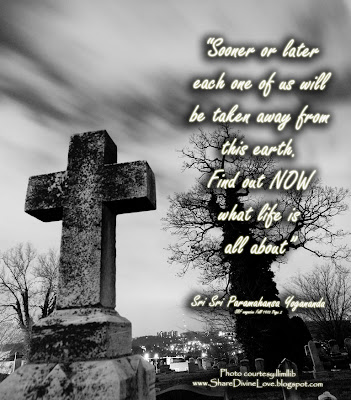 Posted by Dr Ashish Mahobia at 1:09 AM No comments:

To mail it to others and share it on social sites. Pls use the buttons at the bottom.
(click on picture to enlarge) 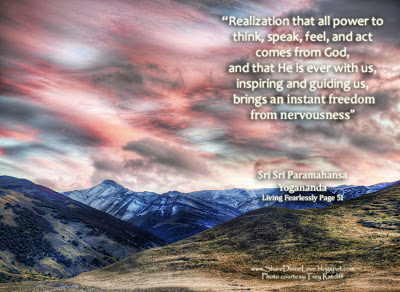 Posted by Dr Ashish Mahobia at 10:07 PM No comments:

Jai Guru ! (click on picture to enlarge)
To mail it to others and share it on social sites. Pls use the buttons at the bottom. 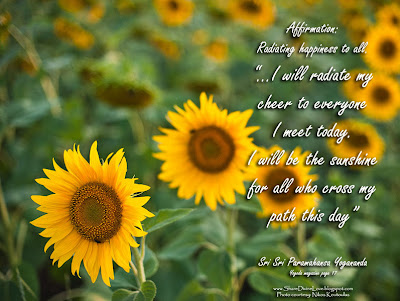 Posted by Dr Ashish Mahobia at 3:00 AM No comments:

(click on picture to enlarge) To mail it to others and share it on social sites. Pls use the buttons at the bottom. 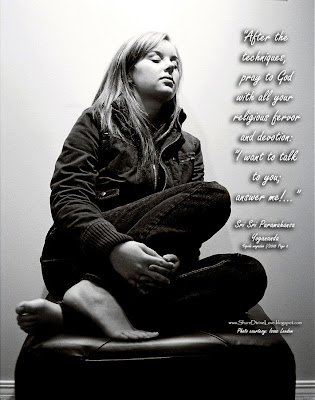 Posted by Dr Ashish Mahobia at 6:51 PM No comments:

This is a blog of 'LOVE'... to Share Divine Love amongst all.... a blog to share anything related to happiness ,well being,God, spirituality, nature,health ,universal brotherhood and humor (clean).

This site has huge collection of beautiful and meaningful spiritual wallpapers primarily based on the teachings of Sri Sri Paramahansa Yogananda and is an offering... a service... inspiration for his disciples world over.

Please do not forget to leave your comments

This also serves as the official site of 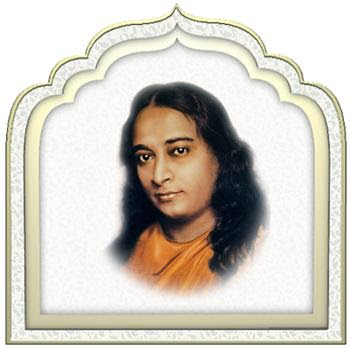